Let’s Get Ready To RUMBLE!

Posted by jordimack on May 8, 2011
Posted in: Uncategorized. Leave a comment 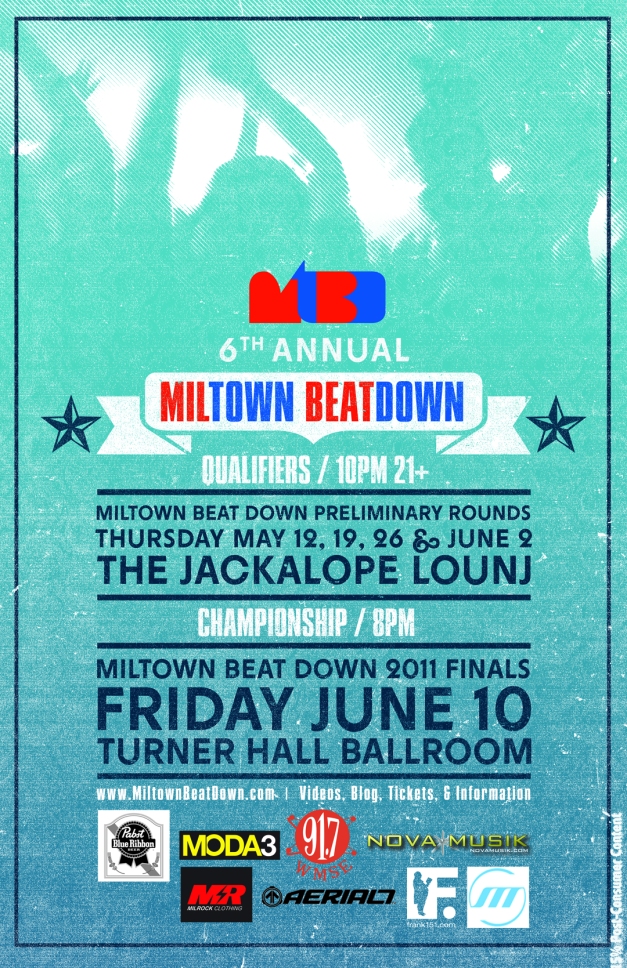 We’d like to let everyone know that  68 producers signed up for this event, and with the highest turn out we’ve seen in 6 year’s we’ve decided to open up the event to 32 producers, instead of 16.

This way we can let more of the midwest’s best have their time to shine.

The preliminary rounds will all be held at the Jackalope Lounj, inside the Wicked Hop downtown. ( 345 n. Broadway )

Each night will have 8 producers, and from that 8, two finalist will emerge to move on to the JUNE 10th finals at Turner Hall.
BATTLE BEGINS AT 10PM sharp.

If you have never been to a Milton Beat Down.. Here is some advice.
For more information, visit our EVENTS page.  And don’t forget!!!
Tickets for the 2011 FINALS are now on sale.  Buy ’em now, before that price goes up!