Posted by jordimack on February 24, 2010
Posted in: Uncategorized. Leave a comment

We are just days away from the 1st battle of the 5th annual MILTOWN BEAT DOWN.  We’ve got quite a line up for you… 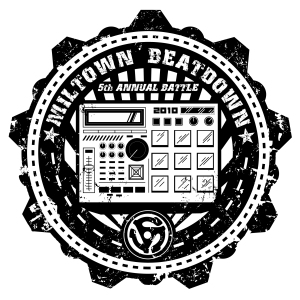 These producers will also be joined on stage by some of Milwaukee’s best rap talents, to keep the party kickin in between battles.

We’ll have live performances from:

Doors open and 9pm, with KID CUT UP on the ones and twos.  Battles begin at 10pm, so do not be late.

See ya on Friday March 5th at the WHEREHOUSE!